Gomatha Shree Dairy Products is committed to deliver pure and natural gir cow milk straight from its farms to the consumers who are looking for the purest and unadulterated desi gir cow milk. Since the milk is taken out from the desi gir cows and not mixed with other breeds of cows the quality of milk is A2 and not A1. Obviously the A2 milk has huge advantage over the A1 milk due to its natural nutritional qualities. 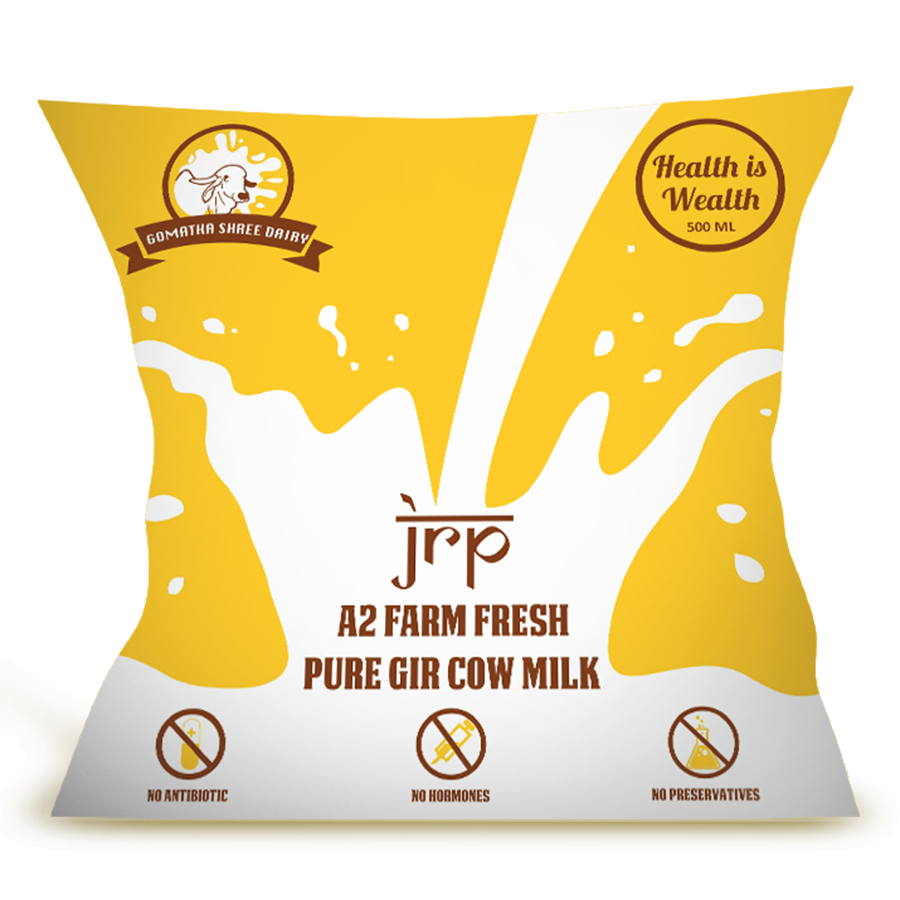 Consuming pure gir cow milk will yield lot of benefits to people and some of the key benefits include reduction of autism in children, schizophrenic symptoms, type 1 diabetes, incidence of cardio vascular disease and other neurological and immunological disorders.

Gir cow milk also contains two major protein groups namely caseins and whey proteins out of which approximately 80% of proteins are accounted by Caseins. Among the caseins, beta casein is the most abundant protein and also there are 12 genetic variants of the beta casein out of which A1 and A2 are the most common. The milk produced by the Gir Cows has A2 variant of the beta casein and hence the milk is called A2 Milk where as other breeds of Cows have A1 variant of beta casein and hence their milk is classified as A1 milk

In case you are looking for the highest and most natural and pure cow milk to be delivered to your home on regular basis, please do get in touch with us using the phone number and email addresses listed on the website and you can also order your milk by filling the subscription formClick Here